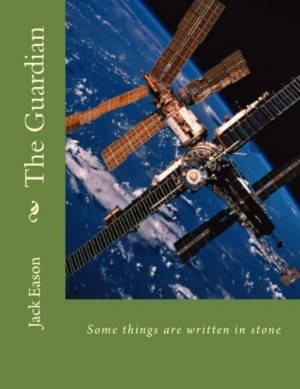 In the twenty-second century, war is still rife thanks to its normal causes, politics, greed, and religion. Then there is the continuing problem of pollution caused by heavy industry. The only thing the moguls of industry have ever understood is profit. So what if their factories continue to belch out thousands of tons of pollution into the atmosphere? Who cares? They certainly don’t! Situation normal – right? Wrong.

Something has to be done before their greed finally puts paid to the Earth as we know it, once and for all. Enter the no-nonsense CEO of the newly created Earth Corp, Magritte Peneaux, who’s first act is to end all wars, or more importantly their causes, by ensuring that all forms of religion, financial greed and politics become illegal overnight. A consequence of her actions make literally millions of servicemen and women redundant overnight. Magritte is determined to tackle the very real problem of the Earth’s heavily polluted atmosphere by commissioning the mining of Olivine on Mars, necessary for the  Earth’s carbon dioxide sequester process to clean up the atmosphere.

Combine all of that with her sending a team to investigate the mysterious disappearance of not one but two groups of technicians in a remote olivine mine situated in the Ganges Chasma, an offshoot of Valles Marineris, the great rift valley that scars Mars, and you realise that all is not necessarily as it should be. Then there is the highly illusive and seemingly sinister Guardian who is always in the background, ever watching and scheming. Who or what is it?

Threaded throughout the tale is the relationship between the hero of the story Major Adler Stevens, a redundant by the book British military policeman, and Lieutenant Lynne Crawford, formerly employed by the Canadian Airforce as a fighter/bomber pilot.

Combine all of these factors and you know you have a tale you simply must read.

Turning Point, Globular Van der Graff’s Goblin Tales for Adults, The Forgotten Age, The Next Age, Céleste, Race Against Time, Autumn 1066, The Magisters and The Forgotten People by Jack Eason are also on Whizbuzz Books.