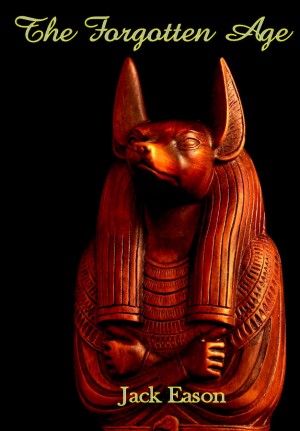 In the world of archaeology, some things are just not meant to be. Only the brave or foolhardy will ever dare to challenge the establishment and its accepted theories.

Previously, Dr Nick Palmer had proved himself beyond any reasonable doubt by saving the Earth and the entire Solar system from total destruction on December, 21st, 2012, enabling humanity’s seventh age to begin.

Now it was time to upset the academic world once and for all. He returns to Egypt to find the fabled library of the ancients to disprove the blinkered thinking over who was responsible for sculpting the Sphinx as well as establishing the true purpose of the pyramids. Along the way, he is joined once again by most of his old team and a few new recruits. In their bid for proof, they are subjected to all manner of obstacles put in their path.

Apart from attempted murder, kidnapping and torture, even the environment is hostile towards Nick and his team in his latest adventure. Will he succeed in his quest for the truth about the Sphinx and the pyramids? Find out when you read The Forgotten Age.

Turning Point, Globular Van der Graff’s Goblin Tales for Adults, The Next Age, The Guardian, Céleste, Race Against Time, Autumn 1066, The Magisters and The Forgotten People by Jack Eason are also on Whizbuzz Books.