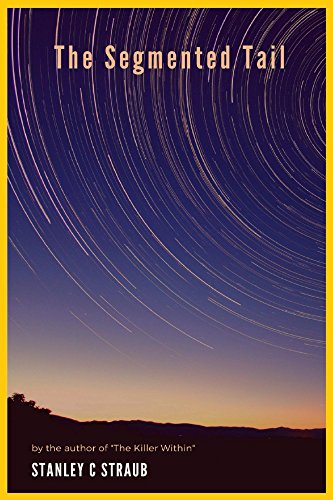 The Segmented Tail is a gripping Science Fiction suspense thriller written in the vein of a Dean Koontz and Stephen King novel.

The story starts in the small fictitious town of Bounder, Arizona. Creatures are seen that make screeching sounds and they scare and kill people in Bounder.

When people are murdered, two detectives are assigned to investigate. The detectives fear for their lives as they get deeper and deeper into the investigation. What they uncover is something that no one could ever have imagined, aliens created by two animal experts accidentally mixing up alien DNA with Dinosaur DNA.

The story winds its way from beginning to an exciting and unanticipated conclusion.