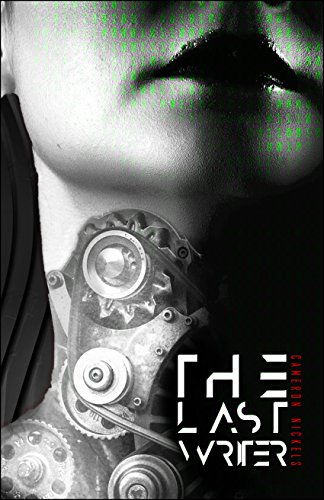 Tranquility. In a world balanced between Biological and Technological needs, tranquility had become the goal of both humans and their artificially intelligent partners; and there was a high price to pay for upsetting it.

Dissenters had been rooted out, imagination and creativity had been voted out and the once clearly defined roles of both the Biologics and the Technos had been blurred to the point that recognizing one from the other was as difficult as seeing the difference in the real and artificial grass surrounding the featureless buildings of the new world order that both man and machine had built.

Surviving in a world where every artificial flower in this Garden of Reason was watching would not be easy; recording the truth would be even more difficult; finding out who you really were, almost impossible. And what would happen to Tranquility if you did? What price would you pay if you were the Last Writer?