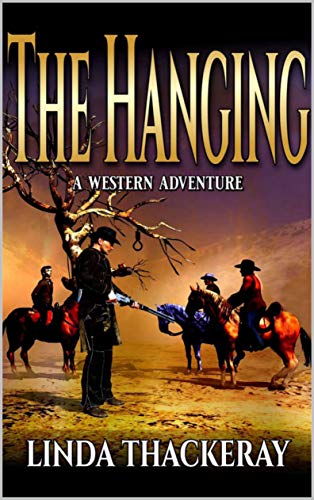 An innocent woman fearing for her life.

The beginning of an unusual family…or an end for them all?

After his wife and children were murdered, all that Kris Jensen wanted was to die and join them. Saved by a sacrificed friendship, he travels from one Territory town to another with a tin star on his black duster, restless, intervening when needed and then quickly moving on…until the town of Mimosa asks him to stay as their Marshal. And he says yes, though he doesn’t know why.

Maybe it’s the five misfits who stood by his side when he needed them most, risked their lives to help him save an innocent man from a mob lynch. Maybe it’s the pretty widow with the eyes like a dove. Maybe he’s starting to care.

And maybe they’re all going to die, for the cattle baron William Cahill isn’t going to forgive Judge Evan Davis for sentencing Cahill’s nephew Carlton to hang. Judge Davis is going to suffer, and so is his widowed daughter-in-law, Holly. The six misfit lawmen? He doesn’t care for the law. He does what he wants. And he wants them all dead.

The new western series filled with friendship and romance starts with The Hanging – if Kris and his friends – his new family – can survive the inevitable shootout. But can they, or are they going to die like his old family did?

The Patient by Linda Thackeray is also on Whizbuzz Books.