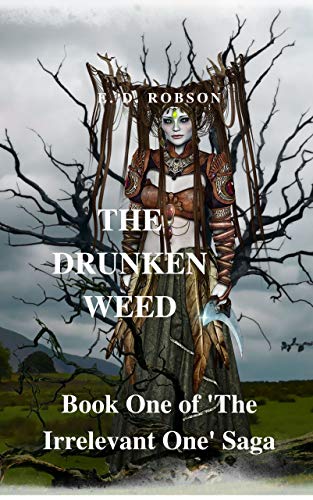 Why does our world have a Black Sea while on other versions of Earth it’s a Black Lake? A humorous romp across the multiverse.

John Berwick is the Irrelevant One, an English call centre worker stuck in a loveless relationship and dead-end job.

Travelling home from work one evening, an unknown woman who turns out to be the Drunken Weed, both his sister-in-law and a minor Mesopotamian goddess working for an agency that ensures the worlds of the multiverse all follow a predetermined path, attempts to engineer his death.

Her failure results in an escape for both of them encompassing an alternative Mexico, the meeting of Humans and Neanderthals, pre Roman Britain, an alternative world where France has won the Napoleonic Wars with convict transportation to Australia, a Mars colony; plus romantic involvement resulting in a bigamous wedding and unexpected children.

The first book of  “The Irrelevant One” Saga.