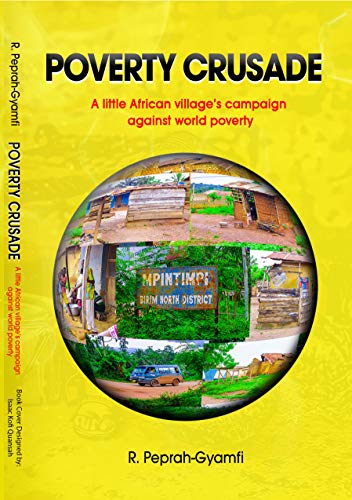 The poor of this world, especially those in the developing world, are caught between a rock and a hard place. Their countries suffer under the burden of the unfavourable trading practices of the advanced countries. Their plight is further worsened by their own greedy and corrupt leaders who squander whatever meagre resources are left at their disposal.

It is against this backdrop that residents of Mpintimpi, a tiny impoverished village in Ghana, dispatch a delegation to draw the attention of their President to their appalling plight.

Eventually, the determined villagers take their case to the West, which their President identified as partly responsible for their predicament. In frank exchanges with Merkel, Juncker, May and Trump, they make their concerns known. A surprise invitation by Queen Elizabeth II leaves them thunderstruck.

What begins as a petition of a tiny village goes global, culminating in a global poverty march a la Greta Thunberg’s Global climate movement, with millions of people from Sydney to Accra, Manila to Sao Paulo and New York marching for urgent action aimed at world-wide poverty eradication—with one striking difference. Whereas the climate change movement plays out in the real world, this enthralling narrative is a virtual phenomenon, a product of a vivid dream fantasy of the author.