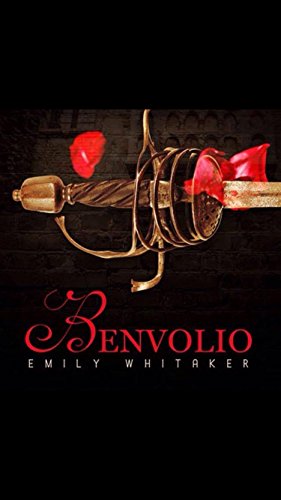 Verona, Italy struggled with vicious sword fights and certain death for over 100 years due to the battle between the Montagues and the Capulets’ hatred toward one another. Although the source of this hatred has never been known, the children of these two enemies are resolved to end it. Hidden deep in the sycamore grove on the outskirts of Verona, Benvolio Montague and Rosaline Capulet fall in love and quickly realize the need and urgency to end the hatred between their families.

During one of their night time gatherings in the sycamore grove Rosaline tells Benvolio that her father is planning her marriage to a man in the Prince’s court. Benvolio can’t hide his love for her any longer and his mission becomes clear; he will stop the hatred and the killing between these two families with love. He will be the man to marry his beloved Rosaline.

After Rosaline refuses to marry her father’s choice, she vows to join a nunnery. Here she will wait for Benvolio’s plan to take effect and then they will marry. Meanwhile, Benvolio learns that his cousin, Romeo, has fallen in love with Lord Capulet’s daughter Juliet. Knowing that their love will certainly end the hatred he begins to plot the demise of all this hate.

Benvolio uses clandestine strategies to discover Romeo and Juliet’s love. The necessity of ending the hate calls for late night trespassing into the Capulet gardens; begging secrecy from the Friar, who is eager to help; and recruiting Juliet’s nurse to assist in planning Romeo and Juliet’s concealed meetings, secret marriage, and wedding night rendezvous. With his stealthy skills Benvolio never tells Romeo about his plan.

However, there is an obstacle in Juliet’s angry cousin, Tybalt. He is out for Romeo’s blood. To stop this madness Benvolio encourages Romeo to answer his threats with peace. Mercutio, a friend of the Montagues, is all too happy to fight Tybalt. Trying to stop this sword fight Romeo steps in between them. The tragedy that ensues is enough to convince Mercutio that this family war will only end with love.

The fight continues and the death count climbs. With Romeo’s exile from Verona, Benvolio’s determination to end the hate with love escalates. But he quickly realizes that all his actions to support his cousin’s love and guarantee his own happiness have set in motion the Lamentable Tragedy of Romeo and Juliet.