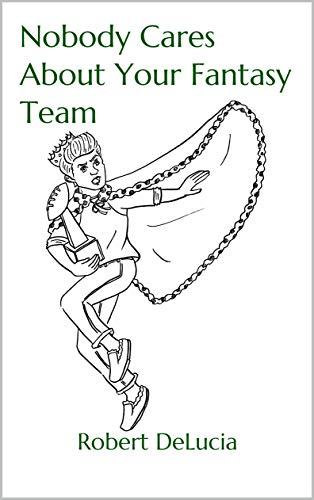 So what could this book possibly be about? How much time can we really spend talking about how little the general population of America cares about my fantasy football team? Well if Seinfeld could squeeze nine seasons out of nothing than 200 pages is a walk in the park.

If you want a story filled with romance, twist and turns, drama and engaging characters…well you’ll at least get the last thing. So come along on a historic journey as we look to find out just how true the phrase “nobody cares about your fantasy team” really is. Or, perhaps…isn’t.

Nobody Cares About Your Fantasy Team : Robert DeLucia