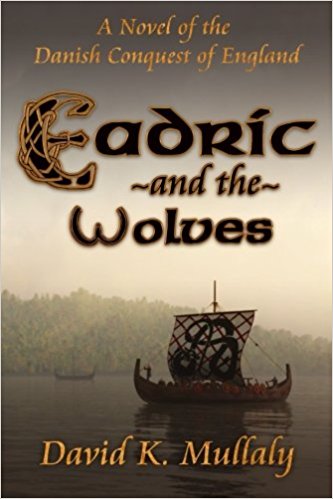 Eadric And The Wolves: A Novel Of The Danish Conquest Of England

England in the year 1000, at the turn of the millennium, was a society divided. The majority of its residents were people of one culture, but a sizeable minority tended to see the world in a very different way. Hate crimes were common, and some religious figures talked about the end of the world.

Finally, there were groups of foreigners who intended to wreak havoc on the general population, and some residents were blamed for the violence of those outsiders.

The terrorists were Vikings, and the attacks had been ongoing for two hundred years. The long-established residents were Anglo-Saxon, but many thousands of people with Scandinavian roots had established lives there, some families having had homes in England for over a century.

A young man named Eadric, coming from an insignificant family in the woodlands of Mercia, became a powerful political figure in English society. King Aethelred II named him ealdorman or earl, and he married the king’s daughter. However, he was haunted throughout his life by the infamous St. Brice’s Day massacre in 1002 A.D. Among the slaughtered Danes were people very close to him.

His loyalty to their memories will force him to choose between his eminent status and his loyalty to his own Anglo-Saxon people, and his desire for justice–and revenge. His revulsion at the genocidal impulses of the most powerful people in the land will play an important role in many of his decisions.
This story provides a plausible explanation for an infamous betrayal.