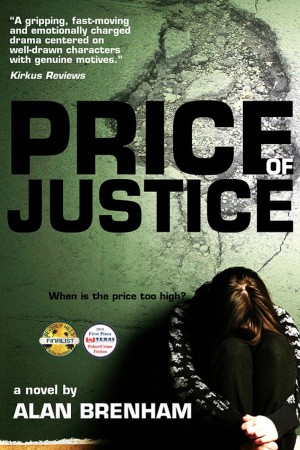 His focus is on solving the murders–until the unthinkable happens…

Recently widowed, Austin Police Detective Jason Scarsdale works to solve the murders of two pedophiles, while trying to be both mother and father to his five-year-old daughter.

During his investigation, Scarsdale is forced to navigate between the crosshairs of two corrupt police commanders out to get him. Drawn to Austin Police Crime Analyst, Dani Mueller, who has also suffered tragedy, Scarsdale fights both his attraction and his suspicions that something just isn’t right…

She is hiding a secret, one that could not only cost her a job–it could end her life…

After her daughter was brutally murdered, Dani exacted her revenge then changed her name and fled to Austin. But if her secret ever gets out, she knows there is no place she can hide from the murderer’s vicious family.

Pulled into a web of malice and deceit, Scarsdale and Dani discover the value of breaking the rules. Then just when they thought things couldn’t get worse…they do.