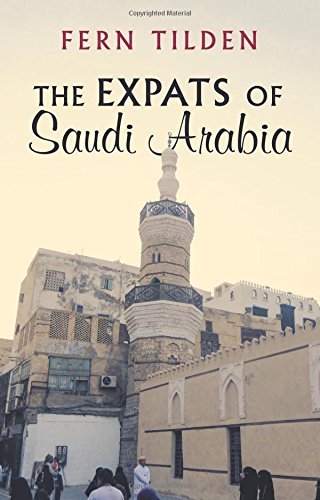 The Expats of Saudi Arabia

MONICA, is a single African-American female, who travels to Saudi Arabia for employment opportunities. Upon arriving in the Kingdom, she is subjected to a patriarchal system that places little value on females. Coming from a liberal background, she finds the conservative Saudi lifestyle quite restrictive. Often, this culture clash leads her to second-guess her decision to relocate to this country.

Like Monica, YASMIN, works at an institution of higher education in the Kingdom. She’s a young, Pakistani-Briton from a progressive middle-class family; she comes to Saudi Arabia out of a sense of adventure. Although Yasmin is a Muslim, she still finds adjusting to the Saudi culture very challenging. As such, she struggles to carve out a life for herself in a society that not only marginalizes women, but also treats expats from South Asia with contempt.

Unlike Monica and Yasmin, PAMELA moves to Saudi Arabia to support her husband’s career. Initially, she enjoys the carefree lifestyle that her husband’s executive position at one of the leading petroleum companies provides. However, with each passing year, Pamela’s union feels increasingly stifling.

INGA, is the Swedish wife of a Saudi national. After a serendipitous encounter, she falls in love with her future husband. Her decision to marry an Arab and a Muslim, leads to contention within her immediate family. Is Inga prepared to stay the course?

All four women collectively gain clarity about themselves due to their experiences in the Kingdom. Through their eyes, The Expats of Saudi Arabia, takes an uncompromising look at the politics, social injustice, and hypocrisy that expats in this Kingdom will encounter.