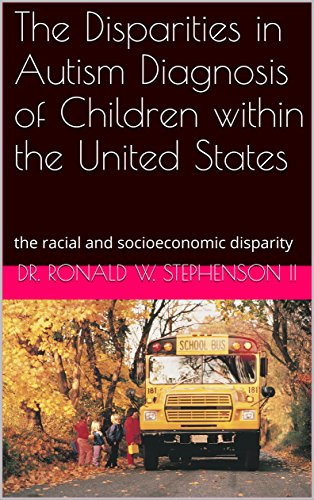 The Disparities in Autism Diagnosis of Children within the United States: the racial and socioeconomic disparity of autism diagnosis

This study examines the disparities in autism diagnosis, age in which children are diagnosed with autism, and the number of doctor visits before a child is diagnosed with autism in regards to racial diversity and socioeconomic status. “Autism spectrum disorder (ASD) is believed to affect children equally, regardless of culture, community, language, and socioeconomic status (SES)” (Fombonne, 2007, as cited in Tincani, Travers, & Boutot, 2009, p. 81; “Community Outreach,” n.d.; Dyches, Wilder, Sudweeks, Obiakor, & Algozzine, 2004, as cited in Magaña, Lopez, Aguinaga, & Morton, 2013, p. 141).

Past research indicates that African American “children are less likely than” “white children to have an autism” diagnosis (Jarquin, et. al., p.178). Additionally, African American children “required three times the number of visits over a period three times as long as White children before being diagnosed with autism” (Mandell, et. al., 2002, as cited in Travers, Tincani, & Krezmien, 2013, p. 42). Furthermore, children from families with higher socioeconomic status (SES) are more likely to be diagnosed with autism (Thomas, Zahorodny, Peng, Kim, Jani, Halperin, & Brimacombe, 2012). In addition, “for many chronic childhood disorders and for developmental disabilities overall, the association with” socioeconomic status “often is found to be inverse, such that population prevalence decreases with increasing levels of” socioeconomic status (Durkin, et. al., 2010, p. 1).

The Disparities in Autism Diagnosis of Children within the United States : Ronald W. Stephenson II