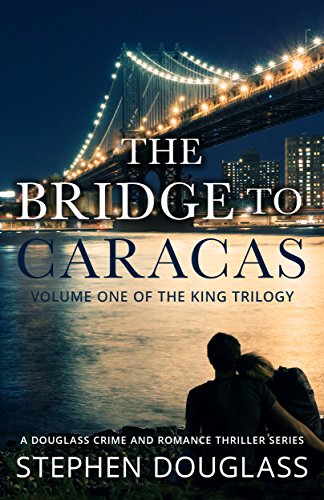 The Bridge To Caracas – Volume 1 of The King Trilogy

THE BRIDGE TO CARACAS is Volume one of THE KING TRILOGY, an epic story, spanning four tumultuous decades, of an inconvenient fortune and its catastrophic affect on a loving family.

Jim Servito shatters the hopes and aspirations of star-crossed lovers, Mike King and Karen Taylor, while simultaneously engineering a grand theft ranking as one of the largest and most audacious in Canadian and U.S. history.

Cynical and remorselessly ruthless, he possesses a brilliant criminal mind, has enormous contempt for the law, police, governments, and the system in which they function.

He assumes rules are for fools, and takes sadistic pleasure in breaking them. Using The Peace Bridge as his fulcrum, he steals $325,000,000 from the U.S. and Canadian governments, steals enormous quantities of gasoline by illegally installing valves in Golden National’s Buffalo refinery, then murders everyone who can implicate him.

The Bridge To Caracas : Stephen Douglass