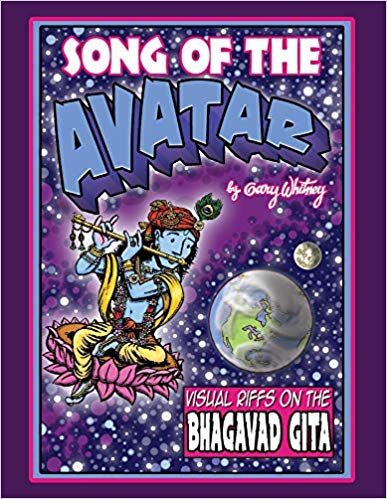 A book for anyone who has ever taken a hatha yoga or meditation class and might have an interest in learning about the philosophy behind these practices.

This book is a graphic novel style introduction to The Bhagavad Gita, one of ancient India’s most sacred texts, which deals with the different yogic paths that ultimately lead to Spiritual Enlightenment.

Song of the Avatar: Visual Riffs on the Bhagavad Gita : Gary Whitney