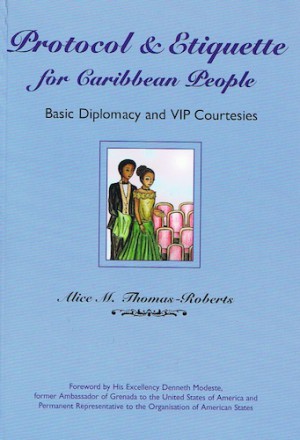 Protocol & Etiquette for Caribbean People: Basic Diplomacy and VIP Courtesies provides guidance on official Protocol relating to courtesies for Government dignitaries, diplomats and other officials in the Commonwealth Caribbean.

The book also lays a foundation of understanding basic aspects of Government and diplomacy, which is the source of official protocol. It also highlights the procedures for official events and functions which English speaking Caribbean countries inherited from Great Britain.

This book will serve as a handbook for Event Organizers, Protocol Officers, and Diplomats as to written and unwritten guidelines of Protocol.