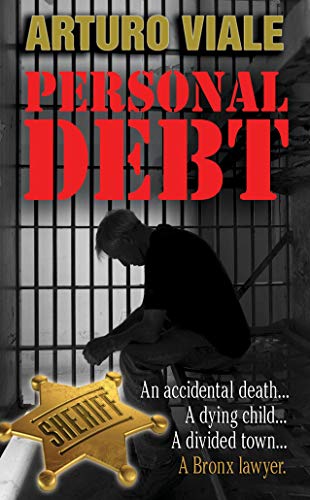 An accidental death… A dying child… A divided town… A Bronx lawyer.

Set in Kansas during the mid-1970’s, Personal Debt follows the lives of three childhood friends, Jack, Bill and Vincent. After years of personal sacrifices for each other’s welfare, the three friends realize that each of their own major accomplishments in life – is almost directly due to one or both of the others.

Jack has a major life set back when his only daughter is born with a terminal illness. Her costly medication is depleting the family funds, and Jack is forced to rob the local pharmacy which ends in the accidental death of an elderly woman – who happens to be Vincent’s mother.

Taking on the case for free, Counselor Zurilli, a recent widower from the Bronx, travels to this small Kansas town and must prove the innocence of a man who some town members want convicted without a trial. While sitting in the town jail, Jack’s involvement in the tragic death of his best friend’s mother as well as the depleting condition of his young daughter has made him give up on himself.

It’s up to Counselor Zurilli to not only clear Jack of all charges, but also convince him that he still has a function in the world. This is no small task. Since the death of his wife, the counselor has felt the same way about himself. The story becomes more about Zurilli and his personal struggles, and how it relates to Jack and his problems. Is the counselor there to save the day, or is he just looking to keep his mind off of his lost wife?