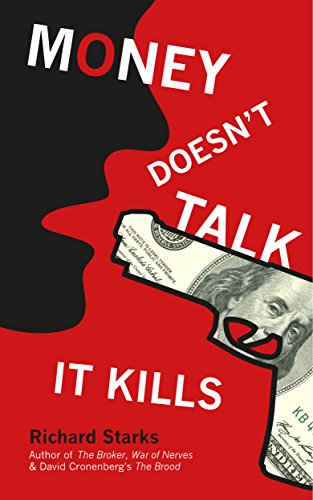 Money Doesn’t Talk, It Kills is a fast-paced crime thriller about money and the twin emotions, fear and greed, that surround it. Mark Slater is a university professor turned stock-market analyst – 46 years old, happily married, with two kids in college.

From a fellow analyst, he learns of an upcoming takeover that would allow him to make a lot of money. But to cash in he would need to break the law. And that is something Mark is sure he’d never do.

Events, however, works against him, and when Mark meets a college friend he hasn’t seen in twenty years, he gives in to temptation and commits the crime of insider trading.

Too late, he realizes he has made a terrible mistake. He has put at risk everything he holds dear – his job, his family, his freedom, and his self-respect.

Mark just wants his old life back. But his college friend has other ideas. He blackmails Mark into taking part in the theft of ten million dollars, drawing him into a violent and criminal world.

Mark’s only way out is to return the stolen millions to their rightful owner. But first, he must outwit his blackmailer – and then overcome the unexpected opposition of his wife.