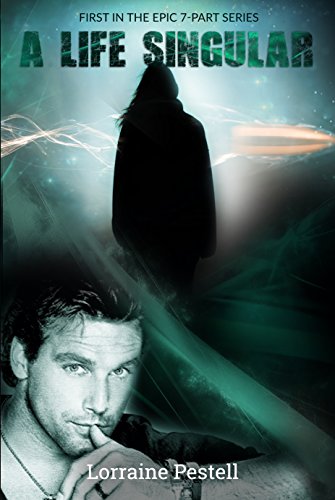 A novel in six parts in e-book and paperback formats, the “A Life Singular” series tells the story of a successful man writing his autobiography.

In essence, a love story, “A Life Singular”  is about dealing with mental illness, the choices we make between right and wrong, and how the one affects the other. Some of life’s lessons are harder to learn, and some amazing opportunities easier to take. The trick is always to understand the consequences of our choices before it’s too late…

What do you do when you lose the one who gave your life meaning? You write about it. You tell the world how amazing it is to love and be loved by someone so special, what love helps you achieve and how it makes you stronger.

Jeff Diamond had built a life of influence, adulation and wealth by making the right choices for the right reasons. He lived by the law of reciprocity, a lesson learned on the streets as a teenager with nothing but an unquenchable thirst for knowledge. Plagued by the scars of a violent childhood, he created his vision and fought for it. And once he no longer needed to fight for himself, he fought for others.

Yet when Jeff’s dream girl was taken from him and their children by the ignorant act of a jealous misfit from his own hometown, the millionnaire realised just how far he had come.  Why had he succeeded when so many like him fail? It wasn’t complicated. The secret lay in the endless pursuit of love and wisdom; life’s two magic ingredients. Now Lynn was gone, he resolved to use his remaining days to account for their life in a way that would inspire young people to make his type of choice rather than García’s.

Then after their story was written, he would be free to go after her, to begin the whole incredible journey over again.

Everyone has a life singular. One. Unique. Extraordinary.