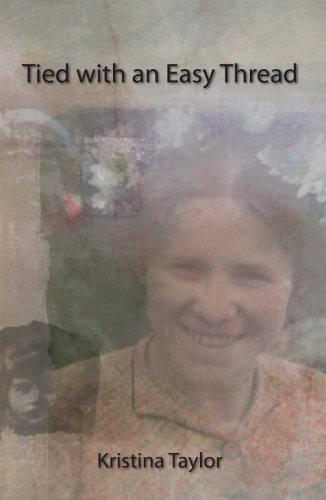 Tied with an Easy Thread

When she was four years old in 1917, Ruth’s German mother abandoned her and her brother in a children’s home in Dresden. When her Jewish father came there to reclaim his children two years later, Ruth was influenced by the matron to reject him. She never saw him again.

At fourteen she left the children’s home to become a Haustochter, and spent the next eleven years in various domestic posts. Despised as a half Jew, she escaped from Nazi Germany just eight weeks before the beginning of WWII, to become a refugee in England.

This book, written by her daughter, chronicles Ruth’s life in Germany, England and Wales. Struggling against poverty all her life, her fortune was dramatically changed by a very large inheritance from a totally unexpected source when she was eighty two.

Throughout her life she regretted her rejection of her father, and expressed a desire to know what had become of him. This led to her daughter’s ten year search, a DNA test, and an astonishing discovery.