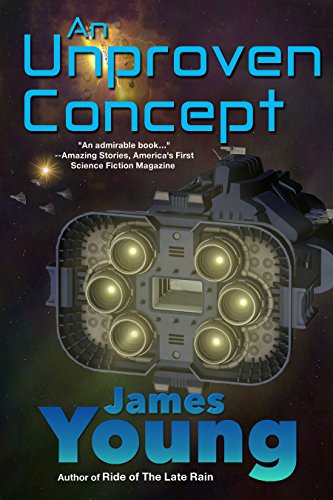 “I loved this book. The action sequences are of epic proportions. It opens on a bang and just keeps going from there.”–Twisted Sci Fi, 4.5 / 5 Stars

The Confederation of Man has overseen humanity’s prosperous expansion for almost eight centuries, with the Confederation Fleet its bulwark against all enemies both internal and external. Despite its numerous successes, the Fleet is a shield that is becoming warped by the schism between its Carrier and Line factions. In the year 3050, Fleet Admiral Malinverni has overseen the design and commissioning of a vessel intended to merge the best of both factions: the battlecruiser Constitution. Intended as a harbinger of a better future, the Constitution is considered a flawed concept by all except her crew. If either Fleet faction has its way, neither the Constitution nor her captain, Mackenzie Bolan, will ever get a chance to prove their naysayers incorrect.

The starliner Titanic is considered to be the epitome of her type. With a handpicked crew, the Titanic is expected to see to passengers’ every need and whim, be it a rare artifact of opulence to stringent, discreet security. Unfortunately Captain Abraham Herrod, her master, is confronted with the growing likelihood that his vessel may soon be rendered obsolete by the ever pressing march of technology. Pushed by his superiors, Captain Herrod must decide just how far he’s willing to go in an attempt to prolong the “Golden Age of Starliners.”

At the convergence of these two ships’ path lies carnage unimaginable to either of their crews. Packed full of action, mecha, and mayhem, An Unproven Concept is a chilling tale of First Contact gone terribly awry.