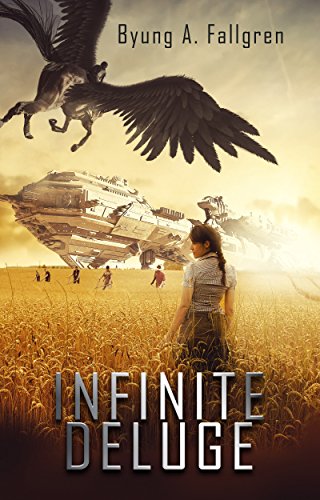 When his hometown and surrounding areas have vanished in the dark wave, Marlon encounters his old high school friend, Iren, who lives on the mountain with her father, Dr. Donnelly. Together, they search for the cause of the disaster. Meanwhile, Marlon looks for his missing mother and sister.

Mysterious entities hidden in Hazmat suits abduct people. They are so-called Changers known as Hazmat Suits. Marlon and Iren join the soldiers to fight the enemy. They meet Sergeant Lee, Lieutenant Jeff, and other youths.

A fight between the Hazmat Suits and the soldiers breaks out. With their victory, the Hazmat Suits hold the soldiers captive in a huge ship suspended in the sky. There, Marlon befriends two large winged creatures he believes the aliens have brought from their planet. Later, Lieutenant Jeff, Sergeant Lee, Iren, and Marlon escape the ship on the creatures’ back.

As reconnaissance, Iren and Marlon have their agenda. Sneaking into enemy headquarters one night, the two youths successfully capture the blue-skined, seven-foot-tall alien. Finally, Marlon can prove his alien theory to the skeptical people that his outer space experience is real.

The alien insists they came only after the disaster broke out to rebuild Earth. People face the complexity of the problem–the quandary of choosing a right decision between acceptance and rejection for the future of humanity.