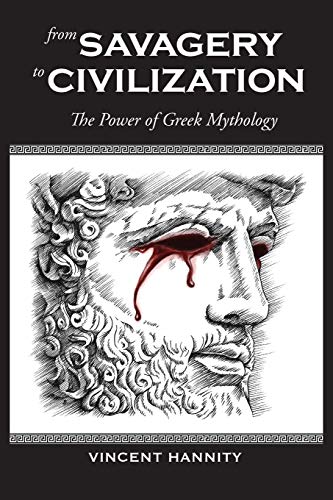 Author Vincent Hannity asks why the stories of ancient Greek mythology have endured for 2500 years, and why those myths have maintained their relevance into modern times. He does so by exploring, through their mythology, the Greeks’ journey to the apex of civilization.

“Something special within the ancient Greeks drove them from Bronze Age savagery to become the ancient embodiment of high civilization and to create the world’s first democracy,” Hannity said. “I tried to understand through their myths what those drivers were. I tried to imagine how their cultural journey of thousands of years may have unfolded.”

Greek mythology is often treated as a helter-skelter amalgamation of wildly diverse myths, legends and fairy tales. And while there are hundreds, if not thousands, of such stories, the entire body of myth, taken as a whole, is even greater than the sum of its parts.

Indeed, according to Hannity, the aggregate of Greek myths and legends actually amounts to just one story — the tale of how the ancient Greeks, from primeval mists, inched in fits and starts over thousands of years to reach the zenith of civilized society. Their culture’s story continues to resonate 2500 years after the myths that underlie it were first written down.

From Savagery to Civilization: The Power of Greek Mythology : Vincent Hannity