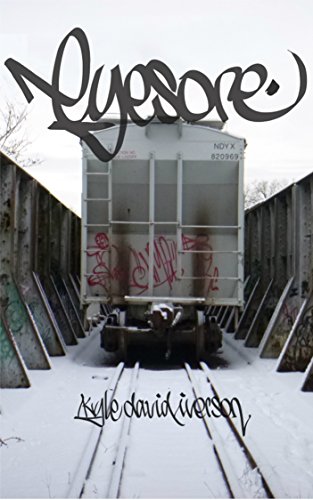 Tor Leingaard is a semester away from graduating college. While his friends lock down positions in marketing and banking and administrative assistance, Tor can barely align the bullet points on his resume. He tells himself that the jobs his friends are getting aren’t right for him. That they’re meaningless at best and soul-crushing at worst. Still, he wonders if he’s being left behind.

To clear his head, Tor paints graffiti. He’s been painting the same spot for years, a deserted set of train tracks so low key he’s never seen another person there. Until one day in January when he meets Darla Velasquez aka Heat, the best graffiti writer in the Twin Cities.

When Darla invites Tor to paint, he can’t refuse, even though she has no intention of sticking to the tracks. Street art, Darla says, is meant for the streets. But as Darla pulls Tor into the dangerous world of graffiti writing, the normal life he’s been avoiding looks as though it might slip away for good.