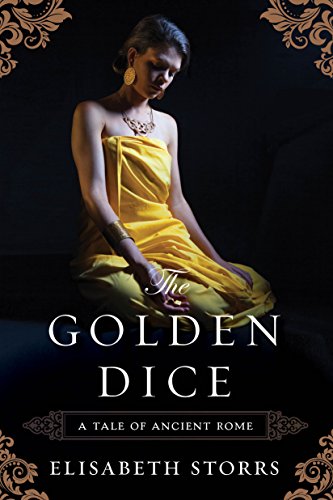 Caecilia, a young Roman woman, forsakes her city by marrying the Etruscan Vel Mastarna, exposing herself to the enmity of his people and the hatred of the Romans who consider her a traitoress…

Semni, a reckless Etruscan girl, becomes a servant in the House of Mastarna, embroiling herself in schemes that threaten Caecilia’s children and her own chance for romance…

Pinna, a tomb whore, uses blackmail to escape her grim life and gain the attention of Rome’s greatest general, choosing between her love for him and her loyalty to another…

Historical Fiction at its best, The Golden Dice explores the lives of women in war while giving a glimpse into the sexuality, religion, and politics of Roman and Etruscan cultures, two great civilizations of ancient history.

The Golden Dice: A Tale of Ancient Rome : Elisabeth Storrs