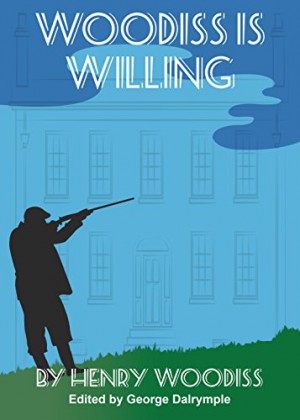 Henry Woodiss was the simple English gamekeeper whose affair with his boss’s wife thrust him into one of the most sensational scandals of the 1920s.

He was vilified in the Press, a common man who had seduced a lady. She was Edith, the wife of a severely disabled war veteran, Sir Conngsby Coninsby-Clarke. Many years later, Woodiss wrote his account of these events. He tells how Lady Edith, who had artistic pretensions, ordered him to pose naked in the woods, sketched him, then shamelessly exploited her social position to seduce him.

Underlying the affair was Woodiss’s relationship with Con. Woodiss had been born on the Coningsby estate, the son of the gardener. Despite the enormous gulf in status, he and Con had formed a deep friendship. At the outbreak of war in 1914, Woodiss, who had just left grammar school, enlisted in a local infantry regiment.

Before he was twenty-one he had been grievously wounded twice, and twice returned to duty; he had been decorated for distinguished conduct and ordered to take a commission. Late in the war, Con was posted to Woodiss’s battalion, then in rest camp. Whilst there, he was involved in an incident which scandalised and embittered Woodiss, yet, at risk to himself, he protected Con, who escaped court-martial and certain disgrace. Any embarrassment either man felt was not prolonged.

Within two days of going into the line, Con was on his way home. He would be wheelchair-bound for the rest of his life. Given the nature of his injuries, it is likely he was impotent. On leaving the army Woodiss set up in business, but finding it increasingly hard to make a living, he laid off his men and went to live with his father. Before long he was Con’s gamekeeper. He felt keenly that he was now a servant, and a badly paid one, for Con had not been generous.

After their affair came to light, Woodiss suffered his first painful encounters with Edith’s relatives, notably her grandmother, the eccentric Dowager Lady Topbottom, and he endured a humiliating interview with her father, whose insults Woodiss never forgave. Despite this traumatic start, the couple developed a loving relationship. After her divorce, Edith married Woodiss. She had financial support from her family, on condition that woodiss kept out of sight. They settled in a house, provided by her family, in an obscure northern town.

This was Birstall, in the former Heavy Woollen District of the West Riding. In his memoir, Woodiss, who disguised most names, calls the town Briarmains, a name borrowed from the Bronte novel, SHIRLEY, which is set in a town based on Birstall. Edith’s passion for Woodiss did not diminish, and the couple enjoyed a loving and contented life until her untimely death. Shortly after Edith died, war broke out and Woodiss, a Territorial Army officer, was called up.

The war seemed a welcome distraction, but it was not long before he was again seriously injured and, to his dismay, discharged from the army. On his return to civilian life he came under the influence of an extreme millenarian sect. His involvement with the sect – and especially its female members – was to have a dramatic effect on his life. His story is presented in fictionalized form, as a comic novel, satirical, raunchy and bitterly satirical.

He lampoons everybody – not least himself, whom he depicts as a buffoon, at the mercy of religious zealots and a succession of predatory women. What he did with his manuscript is not clear. Until recently it was in the possession of an old man whose father was one of Woodiss’s drinking companions. Perhaps Woodiss realized that he had revealed intimate information about several women – one of whom had become a national figure – and it was to protect them that he chose not to publish.