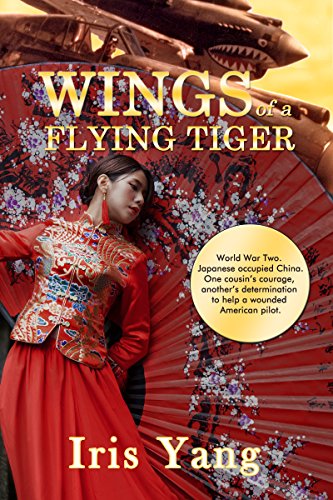 Wings of a Flying Tiger

In the summer of 1942, Danny Hardy bails out of his fighter plane into a remote region of western China. With multiple injuries, malaria, and Japanese troops searching for him, the American pilot’s odds of survival are slim.

Jasmine Bai, an art student who had been saved by Americans during the notorious Nanking Massacre, seems an unlikely heroine to rescue the wounded Flying Tiger. Daisy Bai, Jasmine’s younger cousin, also falls in love with the courageous American.

With the help of Daisy’s brother, an entire village opens its arms to heal a Flying Tiger with injured wings, but as a result of their charity the serenity of their community is forever shattered.

Love, sacrifice, kindness, and bravery all play a part in this heroic tale that takes place during one of the darkest hours of Chinese history.