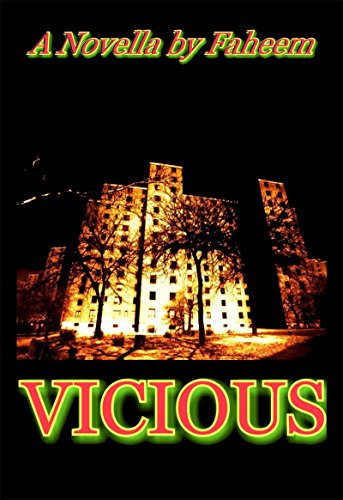 This story is loaded with suspense and drama. A sure guarantee to raise the conscious level of the reader way above sea level.

It’s like a modern-day rendition of the fall of Pompeii. Except, the gladiatorial cathedral is in Newark, New Jersey also known as The Brick City.

This city produces more gangsters than a swamp has mosquitoes. Nowhere is safe. Every step you take, every corner you turn, every bridge you cross, and every stop you make, there’s a chance that you take. The youth have become dissatisfied. Dying doesn’t mean much to them. It’s just another part of living.

This problem is not only confined to The Brick City it exists all over this country. The ground under our feet is sinking. This entire land seems to be stuck in quicksand. Look for yourself. You can’t help but notice the abused and wrongfully accused; misconduct of authority, broken homes, gang violence, recidivism, and indoctrination. This exists in every ghetto, low-income housing development, and bungalow.

These atrocities have changed our cities and so-called communities into chemical, biological, and physical war zones. FOR CHRIST SAKE! The people are walking zombies. The mortality rate is terribly higher than the carcinogenic effects of 4th stage cancer. Enough is enough. SOMETHING MUST BE DONE.

The revolution begins inside the Essex County Jail. The inmates are sick and tired of standing by and watching those who suffer the same yoke, wear the same boots, and run the same streets get treated like shit.

VICIOUS exposes the real problems of the people all over America while telling an interesting fable.

The story is so close to being real that it makes the reader wonder.