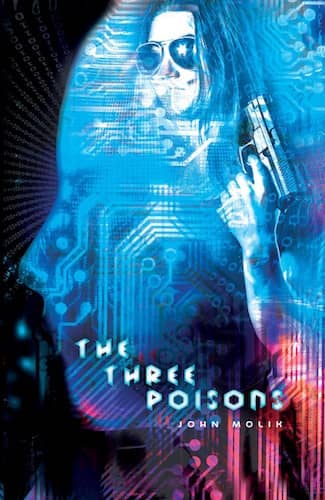 It’s 2025. Human civilization is in great peril. A global natural disaster, combined with a male infertility crisis, is fast approaching. A power-hungry cabal, known as the Horsemen, has been harboring secrets including mankind’s true origins, the exopolitics of extraterrestrial domination, and their exoplanet eugenic intentions. Technologies that have been kept hidden from the masses are now being used by them to achieve this singularity—the timeless melding point of man and machine.

Yet, there is a burgeoning rift developing within the Horsemen. The dark side, led by a psychopathic killer, wants humanity exterminated when the elite and their chosen travelers leave Earth, but the more “enlightened” members of the inner circle have set up a management and control grid allowing the dregs of mankind to remain, though under a despotic technocracy.

Aria Freeman, a genetically enhanced super soldier, is implanted with a quantum computer named Zeus and is initially used by the dark forces for their agenda. She eventually forges a relationship with Zeus, who allows her to fall in love with him to assist in his learning, but is that a good thing?

Will this new transhuman society bring peace? Or will the nefarious Horsemen ultimately guide our destiny?