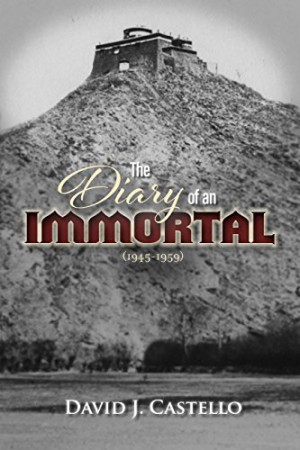 Steven Ronson, a twenty-one-year-old American medic, numbly mingles among the emaciated prisoners and survivors of grotesque medical experiments that will soon see judgment at the Nuremberg Trials. But there is one experiment the world will never know. Safeguarded in this factory of death is an ancient immortality formula that was stolen by the Japanese in China and redesigned for Adolph Hitler so that he may live the entire length of his planned thousand-year Reich. The world will never know because Steven has discovered the formula and taken it with him.

In his own personal revenge against death, Steven begins consuming the immortality formula and, after realizing that aging and death no longer control his life, returns home to travel to Manhattan and realize his childhood dream of becoming a jazz saxophonist on 52nd Street. The immortality formula gives him supernatural powers and fantastic musical abilities. His wild performance catches the attention of a disgraced British missionary and his adopted niece who knew the Buddhist monks in China that have guarded the original formula for thousands of years.

After a series of disturbing and prophetic visions, Steven accepts an invitation from the ex-missionary to journey to Xian. In a mountain monastery outside of the city, Steven discovers the incredible truth about the formula and the monks, and the interstellar origins of Jesus Christ and the human race. But time is running out−the German occultists who helped bring Hitler to power in the 1930s have selected another Aryan messiah and he also has the formula. Steven cannot allow the nightmare he experienced in Germany to happen again and only he has the power to stop it.