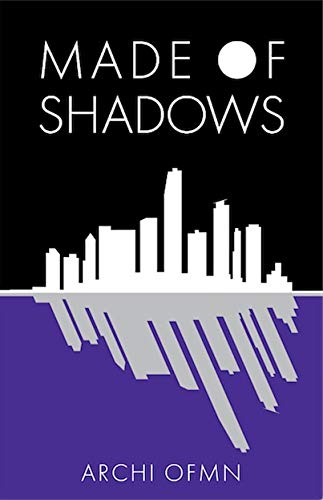 What should you do when you accidentally incite a war between a ruthless terrorist organization and a group of maniacal cultists?

According to Audrey, brimming with both hope and power, you should try to take both groups down to impress your heroes. Of course, the best-laid plans often fall apart, and when she crosses paths with Beta, a silver-haired and merciful lieutenant in the League, their lives come crashing down around them as they realize their idols aren’t so perfect after all.

As the war in Miami forces their lives onto darker and darker paths, Audrey must face the grim reality of her heritage and the duty that comes with it, while Beta must come to terms with the ramifications of his bloody crusade.

With opposing forces converging on Miami, all hellbent on total control of the city, the pair must decide what they truly stand for, and no one path seems to offer either of them a happy ending.

Made of Shadows is the first book in the “Wisp” series, following Audrey Umbra and her struggle against villains that seem to lurk in every corner.

Made of Shadows : Archi Ofmn