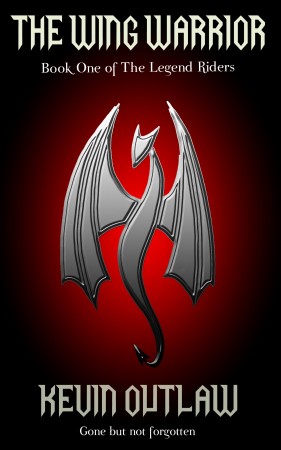 The Wing Warrior is the first book in The Legend Riders series.

In a world where magic has been banned, and the legendary creatures of old are nothing more than memories, an ancient and evil force has returned.

In the shadow of this terror, a young boy called Nimbus sets in motion a chain of events that arouses a leviathan from its slumber and awakens an even more sinister power within his eight-year-old sister.

But Nimbus’s problems don’t end there: his family is falling apart, his best friend has developed a nasty streak of jealousy, and he is about to discover just how difficult it is to become a hero when you’re dead.

This is an adventure where nothing is as it seems. Heroes will be found in the most unlikely places, and everyone has the potential to end up fighting for the wrong side.