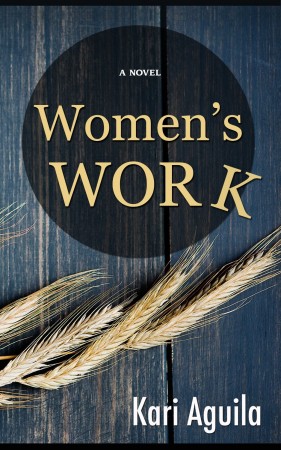 “So when most of the men were dead, women saw their chance to take over?” Kate searches her son’s eyes as he asks this. “Not take over,” she says. “Fix things.”

It wasn’t hard to justify what the women had done since the end of the Last War. They rebuilt their bombed-out neighborhoods as best they could and tried to establish peace and gender equality. But small groups of men roam the country, viciously indicating that the pendulum may have swung too far. When a bedraggled man shows up on Kate’s doorstep one night, will she risk everything to help him? Does he deserve her help?

Women’s Work follows Kate on her journey from fear and anger to forgiveness and hope. It is a compelling story that challenges us to question traditional gender roles and the fragility of love.