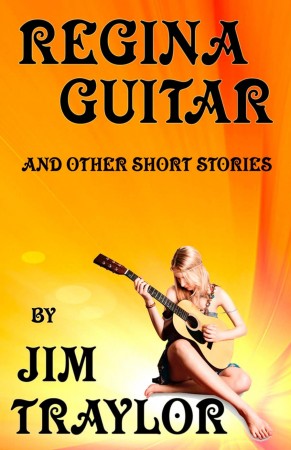 Regina Guitar and other Short Stories

Regina Guitar and other Short Stories is a compilation of incarnate capsules: Flavored doses, seasoned with the human condition, and served up on the theatrical masks of tragedy and comedy. Here you will find it all from heartrending drama to goofy buffoonery. Entertaining story selections for those who love to read but have little time to do it.

The Serpents of the Caduceus: An exploration of the subconscious mind, that dark and foreboding chamber, inaccessible from the phenomenon we call reality. This story deals the terrifying nightmares, psychotic delusions and horrid hallucinations that plummet through the tormented brain of a mortally wounded soldier.

A Fish Story: This is a tongue in cheek tale of a professional fisherman who wins big at a casino poker table, commits ‘accidental’ murder, and ends up with a Government Patton on a word known product.

Tooter and the Tutor: A brief and funny narrative, revealing just how easy it is for a country boy to fool his summer school teacher.

Humanity’s Three Most Unusual Sneezes: A completely insane bit of slapstick comedy. A “documentary” which chronicles a trio of sneezes and the calamity and chaos rendered by each.

Openers: This story offers insight into the “it’s not my fault” life of a looser. When a beautiful woman sits down beside a socially handicapped bus passenger, he blames the world for his inability to think of a pickup line.

Cowboy Shootout: A Texas Ramrod on a cattle drive to Kansas must ride his horse backward, and mistakenly herds his Moos to Yuma, Arizona. There, a reluctant cowpoke is forced to protect his lovely lady from Awful Alvin Aggravation, the meanest outlaw and fastest gun this side of the Pecos.

Hector the Pup: The cute and cagy puppy shenanigans of a cunning canine whelp, desperate to find food for his injured father.

Frankie Farone: Frankie had a boyfriend named Johnny and he and Nelly Bligh end up in a very bad way. Does this remind you of an old, familiar song? Don’t be fooled. Like the disclaimer says, “any resemblance to actual persons, living or dead, events, or locales is entirely coincidental”. Well, maybe not entirely coincidental, but pretty darn close. You’ll see.

Regina Guitar: The heartrending story of a young girl, who transitions from a runaway teen to a mature young woman taking the first step of her life’s journey; an emotional, twenty-four hour metamorphosis.