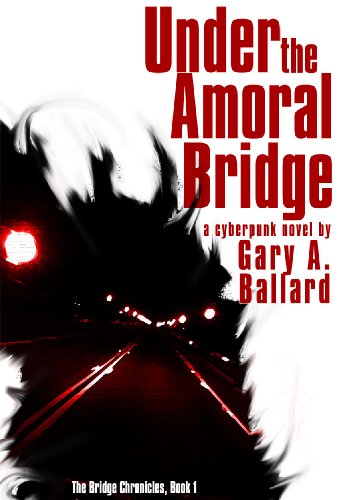 Under the Amoral Bridge: A Cyberpunk Novel (The Bridge Chronicles)

Artemis Bridge is the know-who, go-to guy, the amoral fixer in 2028 Los Angeles with the connection for any illicit desire no matter how depraved. You need it, he can get it without questions or judgment. He prides himself on staying detached from the depravity, untouched by the filth, untouchable by the law. When a young hacker is assassinated before his eyes, he is burdened with a scandalous video of the mayor on the eve of the city’s most important election of the century.

Under the Amoral Bridge : Gary A. Ballard