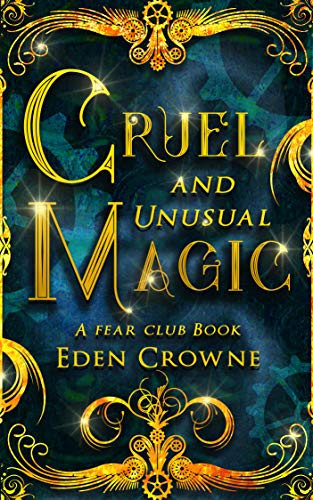 When a runaway Soul Eater and his deranged werecat team up with a drug-dealing Faerie Vampire and a heartsick Shinigami Reaper for a Japanese gangster, there’s going to be trouble! Western magic and the Japanese supernatural world go hex-to-hex in this occult thriller.

Soul Eater, monster, murderer and still only eighteen, Julian comes to Japan seeking revenge against the sorcerers who sacrificed his lover to their dark magic. But first, he needs a rare enchanted cord made of braided demon skin. The cord is capable of binding any supernatural creature, even a Soul Eater.

In Tokyo’s red light district where the gangsters are demons hiding in plain sight, Julian comes to the aid of a local crime boss. As thanks, the demon promises to help Julian acquire the cord. Bur first, perhaps the Soul Eater could look into a small problem of unruly mountain demons hijacking the gangster’s shipments?

Aided and abetted by his werecat, Hex, Julian is joined by several companions. Each has their own agenda. The vampire is licking his fangs over the enhanced blood of a Soul Eater. The young Shinigami Reaper is searching for a missing ghostly lover. And Hex, well, the werecat is only in it for the fish.

Everyone just might reach their goal on the mystical shores of the Lake of the Dead in Japan’s frozen north, if they don’t kill each other first. You can’t defeat the demons you enjoy playing with.