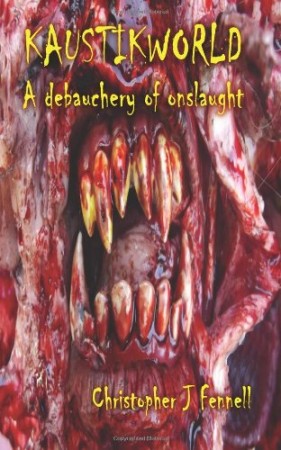 In 2008 a filthy secret that has been locked away for thousands of years in the minds of a few on planet earths’ surface has finally reared its ugly head. With the catacombs weakened the dirt below everyone’s feet vomited out the vilest form of evil that this new generation has ever encountered. This hunger driven abomination so eager to devour our souls was to be locked away by the ancients never to be spoken of again. But one day on an excursion off the coasts in the country of Oman an unfortunate discovery was made by the Knight family that would unbalance the universe forever. No one had inkling that such a small black pearl, as some would call it; would make the dead rise or even worse make them eat their own hearts forcing them to mutate into the Dragons. The mythical beasts were designed in an Atlantis lab by the man with no face or as some know him as, Gentry Faust, to cleanse the surface of planet earth for rebirth.

The future is being manipulated by a fanatical group known as the Plutocracy. Unknowing by most it has embedded its roots deep within most continents with a grand scheme to thin out the herd of mankind. The world has become a very unsafe place for everyone on the earth’s surface since Plutarch’s main diet is humans, preferably younger more tender ones,’ according to their emperor Cutlass Rush. The emperor who serves the Livid Mother awaits her awakening so that they may return to their home world as earth was supposed to be just a pit stop on the way. Plutarch, a Greek philosopher introduced the Plutocracy concept during Roman times and now it has erupted into a full scale religion but mainly by those who reside just beneath our feet. It is a belief in the powerful elite controlling the world through pain and suffering as the poor are used as cattle. The Plutocracy has many arteries that fuel the new uprising happening before the worlds eyes. The most widely known deri!
vative organization connected with the Plutocracy is the secret society known as the (S.O.G) or Sons of God.

Cannon Knight being the most illuminated of them all is a unique type of spiritually graphed human hybrid known as a Reaper. These Reapers reap the heads of humans in search of more black pearls. The dark fluid according to the Plutarch’s assembles itself right above the spinal column in the diencephalon just like a pearl in a clam. This hidden substance used for spiritual communication was placed into mankind’s DNA almost a thousand years ago and has gone undetected until now. In the ancient Plutarch scrolls it is written that trace amounts of the dark fluid was scattered throughout the race of mankind to keep it hidden from those trying to reach the synagogue. The synagogue is a mythical place where if someone that was powerful enough to harvest all of the dark fluid on earth they could travel between worlds or so it is written.

According to the I.P.C.O database the Reapers are a soulless bunch of twisted sickies with multiple personalities bred to inflict torment against mankind. But unfortunately for the agents serving the law of man they are oblivious to the fact that what they are chasing is not really human anymore but merely walking death. And now more than ever it seems that thousands have emerged through the cracks of the earths’ surface despite the barriers put forth to keep them below in Cyprus.

The academy at Quantico has long been forgotten. The cobwebs along the window seals could tell stories of less suicidal times. The majority of the baby boomers now run the newly funded organization known as the International Psychotic Containment Organization. V.I.C.A.P has now been discontinued and blended into I.P.C.O. This new government agency combines all of the countries elite branches throughout the world.