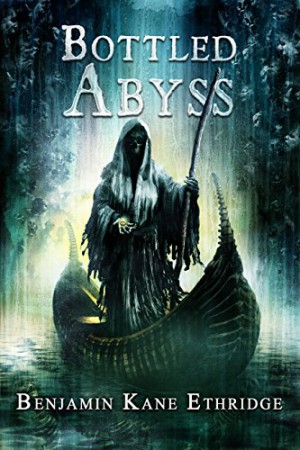 Herman and Janet Erikson are going through a crisis of grief and suffering after losing their daughter in a hit and run. They’ve given up on each other, they’ve given up on themselves. One afternoon, to make a horrible situation worse, their dog goes missing in the coyote-infested badlands behind their property. Herman, resolved in preventing another tragedy, goes to find the dog, completely unaware he’s on a hike to the River Styx, the border between the Living World and the world of the Dead.

Long ago the gods died and the River dried up, but a bottle containing its waters still remains in the badlands. What Herman discovers about the dark power contained in those waters will change his life forever…