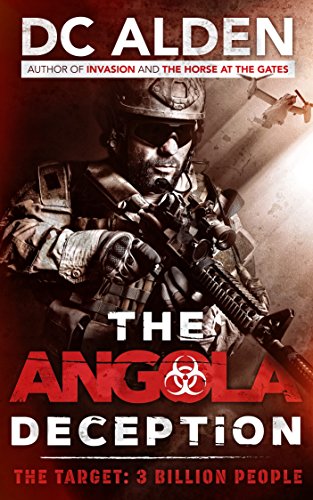 “A STORM IS COMING. AND IT’LL WIPE THIS EARTH CLEAN.”

Roy’s Sullivan’s world is falling apart. His wife and son have deserted him. His brother Jimmy, a private military contractor, has vanished into thin air somewhere in the Iraqi desert. All Roy has left is a dingy apartment and a low-paid job at London’s Heathrow airport. And now even that is under threat.

Sammy French, a violent criminal, is in need of a favour, one that a suddenly compromised Roy has no choice but to grant. Forced to take part in a perilous criminal conspiracy, Roy’s future is bleaker than the run-down estate he lives on.

Yet as the walls close in around him a mysterious stranger enters Roy’s crumbling world, a former Navy Seal who knows the truth about the Nine Eleven attacks, a man haunted by demons and hunted by powerful forces, a man who holds the key to the mystery of Jimmy Sullivan’s disappearance while guarding a covert facility deep in the Iraqi desert.

For Roy, this troubled and dangerous stranger will come to represent his only chance of escape, not only from the uncertainty of his brother’s fate and the clutches of a vicious gangster, but also from the coming storm, one that threatens to decimate humanity and usher in a ruthless and terrifying New World Order.