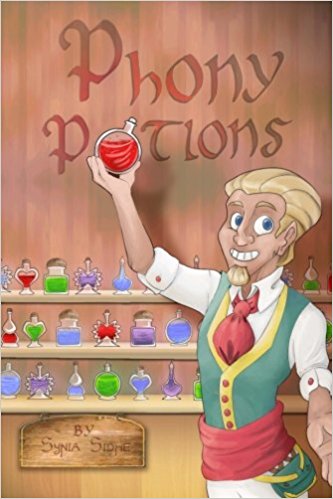 In a world ruled by the magical elite… It’s hard for a normal guy to get by. Unsavory tactics are needed to keep the belly full.

The Age Day festival of Blythe draws thousands of tourists despite being in honor of a shy, smelly sorcerer. Mallow wants to shop, Azark wants to sell. But in a city as big as Blythe, Azark isn’t the only con man, and the ones with their eyes on him want something more precious than gold.

Will Azark wise up in time to protect himself and Mallow? Is the unconventional heir a threat or an ally? And most importantly, will Mallow ever get cute shoes?