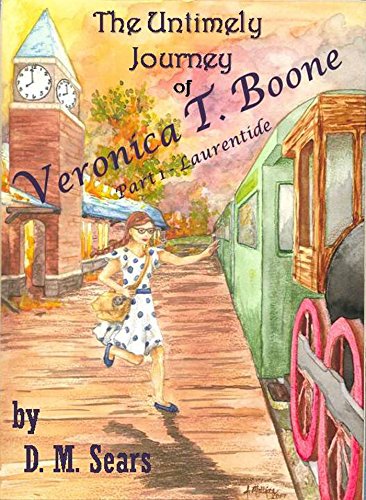 A time-travel, historical fiction adventure for readers of all ages! A combination of Harry Potter, Nancy Drew, and maybe a little Buffy the Vampire Slayer, “The Untimely Journey of Veronica T. Boone” trilogy has been praised by educators as a fun, positive, exciting way for Middle-Grade readers and older to learn American history.

When her school is attacked by time-traveling Pug-Nasties, 12-year-old Molly fights back. Aided by the mysterious Veronica T. Boone, she jumps through time herself to stop the Nasties where they began, in Chicago in 1893. But the Nasties and their evil mistress give chase, and now Molly and Veronica are on the run – decades before they were born!

With adventure, friendship, dramatic chases, exotic travel, tornadoes, Presidents of the United States, millionaires, gangsters, bootleggers, monsters, and one helpful but ornery African dwarf mongoose, “The Untimely Journey of Veronica T. Boone” is a heart-pounding race through the 20th Century, a race Molly can’t afford to lose. The winners will save history – while the losers will vanish forever…