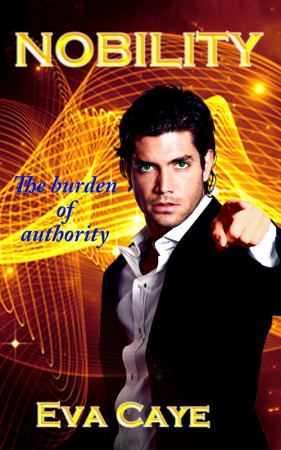 The future Emperor takes responsibility for his authority!

Prince Matthieu Sinclair, the Heir Second, has many duties; he must not only take space duty in the Service, he also establishes the Imperial Protocol Academy to educate the multitude of Imperial youngsters in the basics of their lifestyle, since he will be the Emperor of their generation. Yet to find a lady who could withstand the pressures of being his Empress is a formidable task!

When he returns from an undercover assignment to find disaster, Matthieu subsumes his needs to minimize the stress on his family, for they are more important than anything else. Yet when a diplomatic mission goes wrong and his strongest role model dies, who will help him cope with the tragedy?

This science fiction romance is the seventh book of the eight-part To Be Sinclair series. The saga continues with NOBILITY and ends with MORALITY, which detail the romances and political struggles of the future Emperor and the power behind the throne. Several scenes describe sexually explicit behavior.