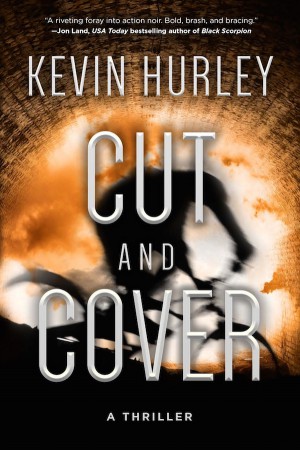 Terrorists protected by an assassin who uses yoga as a killing art pose an imminent threat on the NYC water supply, and only one man can stop them. To his neighbors, Major John Rexford is a retired Marine living in the Catskill Mountains of New York on disability. Even John’s girlfriend, Maggie, has no idea he’s really a CIA spook recruited in Afghanistan and assigned to kill enemies on US soil.

With exemplary skills in hand-to-hand combat and small arms weaponry, John completes a string of successful kills, eliminating terrorists and their money supply in the New York metropolitan area. With the FBI hot on his trail for these illegal assassinations, John must find a way to stop an international team of explosives experts from destroying New York City’s aqueducts, killing thousands with chlorine gas, and burning the five boroughs to the ground. During his mission, John runs afoul of a high-level underworld assassin who uses his mastery of yoga to silently strangle his victims.

When the assassin discovers John’s one liability—his girlfriend, Maggie—John will have to make a terrible choice between her life and the capture of her abductor. This spellbinding thriller begins with a terrorist plot and gradually turns into a clash between two professional killers, with the lives of both John and Maggie hanging in the balance.

In Cut and Cover, as the characters collide with deadly force on the streets of New York, the line between right and wrong blurs, long-standing loyalties are questioned, and no one is really sure, even if they succeed, what the final outcome will be.