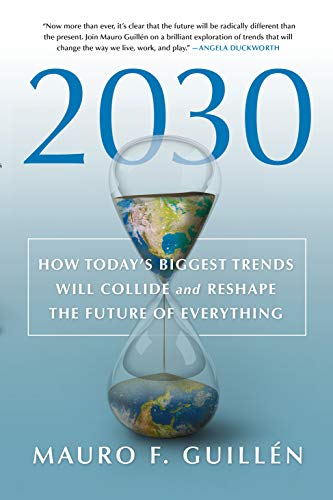 Once upon a time, not only was the world neatly divided into prosperous and backward economies, but also babies were plentiful, workers outnumbered retirees, and people yearned to own homes and cars. Companies didn’t need to see any further than Europe and the United States to do well. Printed money was legal tender for all debts, public and private. In school they told us how we were supposed to “play the game,” and we grew up thinking that the rules would remain the same as we took our first job, started a family, saw our children leave the house, and went into retirement.

That familiar world is rapidly vanishing as we encounter a bewildering new reality driven by a new set of rules. Before we know it there will be more grandparents than grandchildren in most countries, middle-class markets in Asia will be larger than those in the U.S. and Europe combined, women will own more wealth than men, and we will find ourselves in the midst of more robots than workers, more computers than human brains, more sensors than human eyes, and more currencies than countries. That’s the brave new world awaiting us within a decade.

For many of us, these trends are not just confusing but also profoundly unsettling. Do they spell our downfall or might they actually represent more boom than gloom? Either way, it’s the end of the world as we know it.

I began researching these trends about seven years ago and I’ve shared some of the early results of my analysis with my classes and executive education courses at Wharton, where I am the Zandman Professor of International Management; through my massive online course on Analyzing Global Trends on Coursera and EdX; and with audiences at my speaking engagements at conventions and corporate boardrooms. Over the last three years, more than 15,000 people have heard me make a presentation about global trends and another 100,000 have taken my online classes. Whether online or face-to-face, my audience includes students, young professionals, investors, middle managers, seasoned executives—all of whom yearn for information and analysis as to where the world is headed. In the classroom, I have taught young account managers from the world’s leading technology companies and community bankers and insurance brokers from the midwest. They sign up for my classes and lectures because they want to be more effective in their jobs and to figure out why the world is changing so quickly.

I tell my audiences that they need to keep in mind one number, and one number alone: 2030. That’s the year 2030 AD. That will be the year in which the world we know today will come to an end.

Here’s why. By 2030 AD, East Asia will no longer be the most populous part of the planet; South Asia and Sub Saharan Africa will be. That’s a far cry from the final years of the 20th century, a mere two decades ago, when East Asia, comprised of China, South Korea, and Japan, among others, was the region that owned this statistic. Don’t get me wrong: as time goes on, fewer babies are being born in countries like India and in Nigeria, but in far greater numbers compared to most of the world. In addition, they’re seeing their life expectancy extend significantly.

And the pandemic will only accelerate these trends. People are postponing having babies, emerging markets will recover more swiftly, technology use will intensify, and economic inequality will grow even faster. 2030 is the year in which we will see the new reality all around us.

2030: How Today’s Biggest Trends Will Collide and Reshape the Future of Everything : Mauro F. Guillen