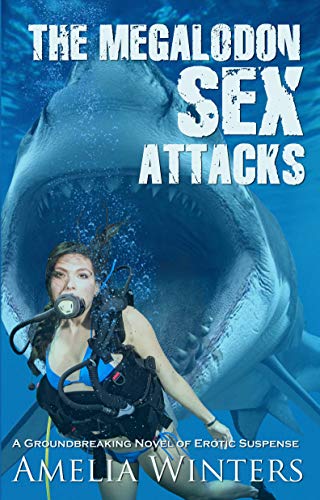 It’s like Jaws and Fifty Shades had a dangerous love child.

No fades to black, delicate language or polite distance will keep you from experiencing every heartbeat, and touch.

But there’s trouble in paradise!

Three years ago a series of shark attacks gave rise to one of Aspen’s most coveted jobs. The summer interns who crew the Keller Biochem boats which maintain an offshore repellent system earn a shot at fall scholarships, as well as nightwork which ensures no curfew-time at home, guaranteeing a reputation for wildness.

The uninhibited and sunscreen-scented frenzy of summer is shattered when a girl is found brutally assaulted and murdered just outside the local marina. Can the crime be solved before it brings desolation, and what is the shocking connection to an ancient terror, a million-year-old predator-driven only by two primal urges?

Local Sheriff Noah Hunter, an emotionally distant veteran, let his job destroy his relationship. Afraid of his passions, he has already broken his own code of ethics for carnal satisfaction. Will he go further before he solves the riddle that threatens his way of life?

Meaghan Lockwood’s gives her body to a man she despises to hold on to an internship that could mean a free ride to college, while torn between the tenderness of her girlfriend’s embrace and the awful discovery of her own dark nature. Will she be able to accept her compulsion to seek a savage and controlling man?

Ryan North is a man who needs to control everything and everyone around him. With an identity and past, as well as a sexual nature shrouded in mystery, only his current mission of destruction is abundantly clear. Will his explosive meeting with an impetuous ex-lover result in a fatal detonation?

Caitlin Applegate has already found it’s hard to be pansexual with a girlfriend who hides a terrible secret and smoldering desire for a man society says she cannot have. Will she survive now that death stalks land and sea?