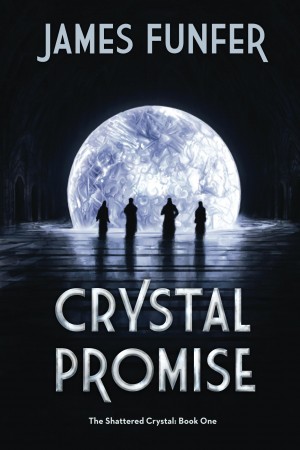 The country of Novem is in a dire state of affairs. Still recovering from a great war in which they were the aggressor, an economic depression has swept the continent and leaves Novem in the throes of poverty. The republic struggles to hold back a revolution, but strong socialist sentiments threaten Novem’s stability, and many seek to return Novem to its former glory as a powerful totalitarian empire.

Novem runs on crystals mined from the ground, but many consider them to be more than just a power source. The Church of Novem worships a ‘Great Crystal’, which is thought to be a liaison between the gods and humanity. Those who can alter crystals at will, known as crystal-speakers, are an important part of that link between the earth and the divine.

For finishing school students Jacoby, Timori, Racquela and Crystara, concerns about revolutions and the church are overshadowed by school, dances, sports and summer vacations. But when the Great Crystal selects its arranged marriages that year, a chain of events is set into motion that threatens to upset the entire nation. Betrothal promises are made with rings of crystal, but if they shatter, hearts are not the only things that will break…