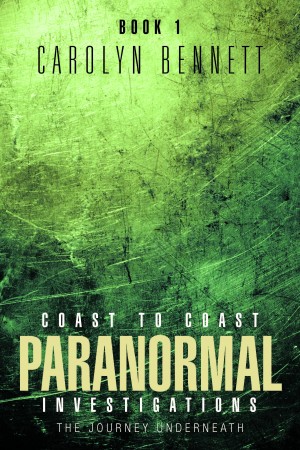 Coast to Coast Paranormal Investigations – The Journey Underneath

Eight years after her young husband’s death, Leigh MacLeod was finally able to realize her dream of starting her own paranormal investigative team. They set out to investigate some of most haunted locations in Canada and the United States. Coast to Coast was the only team given permission to investigate the notorious Greenhurst Hospital.

Closed for over 20 years no team had been allowed in because of reports of violent entities attacking those brave enough to sneak in after dark. As the team began there biggest investigation yet, they were not prepared for what was waiting for hem in the dark halls of Greenhurst. Uncovering the mysteries of Greenhurst could be dangerous, even fatal for the Coast to Coast Paranormal Investigators.

The Journey Underneath : Carolyn Bennett