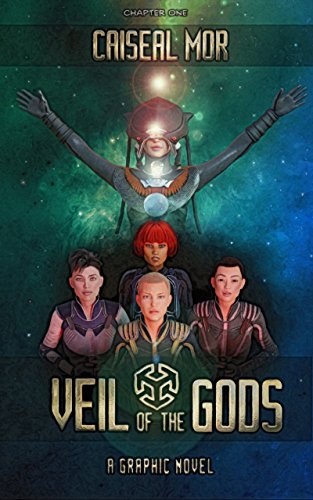 Veil Of The Gods : A Graphic Novel

In Ancient legends the first people were created as equals to the gods. But the gods became jealous of humanity. So they cast a spell on mortals to make them forget their creative power. Then they raised a curtain to forever separate mortal-kind from the deities. They called this curtain – the Veil of the Gods.

But the old stories were not forgotten. And there will always be those who seek to lift the Veil of the Gods.

Is everything you believe to be true, actually true? Or do you only think it’s true because you were told it’s true, and you never really questioned it?

Yona, Koo, Janan and Miko have passed their first test. They’ve been recruited to join the mysterious Operation Ziggetai led by Admiral Ukwanay Del. This may be a perfect opportunity to redeem themselves but is everything as it seems?

Veil Of The Gods : Caiseal Mor